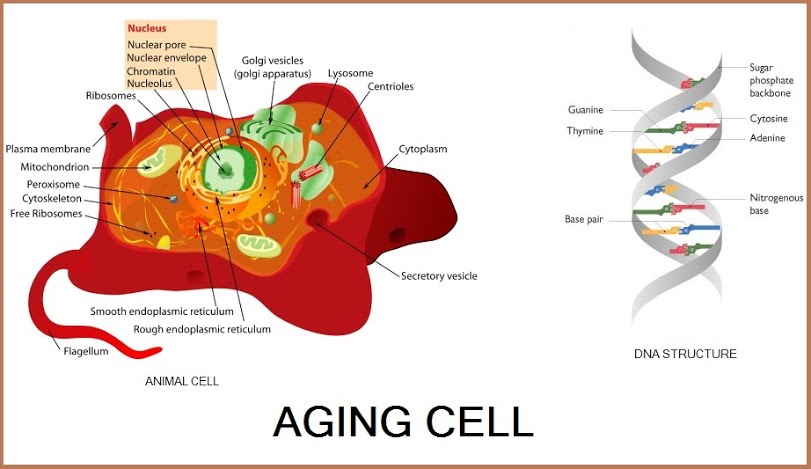 Scientists led by Johan Auwerx’s lab at EPFL, have taken a different route, and studied the link between aging and RNA-binding proteins (RBPs), which bind mRNA molecules and regulate their fate after gene transcription. They have published their findings in Molecular Cell.

The scientists first screened cells from old animals to identify any RBPs that change upon aging. The screening showed that one particular protein, Pumilio2 (PUM2), was highly induced in old animals. PUM2 binds mRNA molecules containing specific recognition sites. Upon its binding, PUM2 represses the translation of the target mRNAs into proteins.

Using a systems genetics approach, the researchers then identified a new mRNA target that PUM2 binds. The mRNA encodes for a protein called Mitochondrial Fission Factor (MFF), and is a pivotal regulator of mitochondrial fission — a process by which mitochondria break up into smaller mitochondria. Having high levels of MFF also allows the clearance of broken up, dysfunctional mitochondria, a process called mitophagy.

The study found that this newly identified PUM2/MFF axis is dysregulated upon aging. Evidence for this came from examining muscle and brain tissues of old animals, which were found to have more PUM2, and, consequently, fewer MFF proteins. This leads to a reduction of mitochondrial fission and mitophagy, and without the ability to chop up and remove smaller mitochondria, the aged tissues start accumulating bigger and unhealthy organelles.

But removing PUM2 from the muscles of old mice can reverse this. “We used the CRISPR-Cas9 technology to specifically target and inactivate the gene encoding for Pum2 in the gastrocnemius muscles of old rodents,” says Davide D’Amico, first author of the paper. “Reducing Pum2 levels, we obtained more MFF protein and increased mitochondrial fragmentation and mitophagy. Notably, the consequence was a significant improvement of the mitochondrial function of the old animals.”

The same mechanism is conserved also in the nematode C. elegans, where the protein PUF-8 is also induced upon aging. “Depleting the gene for PUF-8 from old worms is sufficient to improve mitochondrial function and to increase lifespan,” says Johan Auwerx. “This work is an example of how a multi-omics and cross-species approach can unveil new genes associated with aging.”

RNA-binding proteins are also linked to neuromuscular degenerative diseases, and often aggregate in pathological granules. “We discovered that PUM2 tends to condensate into particles that bind and trap Mff mRNA upon aging,” says D’Amico. “These observations require further studies, but clearly show that RNA-binding proteins could be promising targets in aging and age-related dysfunctions.”

Oh my aching back: Do yoga, tai chi or qigong help?

About 80 percent of Americans will experience low back pain at some point. Patients are often advised to manage their back pain with exercise and mind-body interventions. But, do they really help? Researchers compared and contrasted yoga, tai chi and qigong, and found them to be effective for treatment of low back pain, reporting positive outcomes such as reduction in pain or psychological distress such as depression and anxiety, reduction in pain-related disability, and improved functional ability.

Living near major roads linked to risk of dementia, Parkinson’s, Alzheimer’s and MS