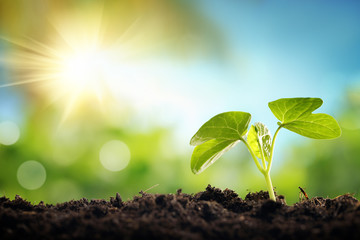 While several expensive drug trials for Alzheimer’s disease in recent years have had negative outcomes, early diagnosis of the disease has improved. Research is underway to develop simpler and less costly methods, such as those involving biomarkers, to detect the disease at an early stage before the patient shows any symptoms.

“One problem is that most drug trials are designed to evaluate the effect of anti-amyloid treatments on patients in the dementia stage of the disease. At that stage, the patient already has serious memory impairment, with beta-amyloid having accumulated in the brain for many years.

Understanding the connection between amyloid pathology and cognition is important to evaluate cognitive decline in people who do not yet show cognitive impairment,” says Philip Insel, doctoral student at the unit for clinical memory research at Lund University and first author of the article.

“Because the disease starts long before an individual shows any symptoms, it is important to observe the process at a preclinical stage of the disease. We must also observe larger cohorts of people to get a reliable and reproducible result,” he continues.

The participants in the study were recruited on three continents in three comparatively heterogeneous cohorts in Sweden (Lund/Malmö), North America (ADNI) and Australia (AIBL). Despite differences between the individuals in the groups, the researchers observed the same pattern of cognitive development in those who had beta-amyloid in the brain.

The researchers carefully analysed how various cognitive tests changed over time in pre-clinical Alzheimer’s disease, and compared this with results in those with no sign of amyloid pathology in the brain.

“If we can find out when in the course of the disease a person’s cognition will start being affected by Alzheimer’s, it would be possible to design more efficient drug trials at a much earlier stage, long before dementia emerges, when we believe treatment will be the most effective.

One possible explanation for the failure of previous drug trials could be that the disease has progressed too far and the patients at this later stage of the disease are treated with a candidate drug targeting a protein that has already been present in the brain for many, many years,” says Philip Insel.

“Our results show that drugs should be tested on patients early on, at a preclinical stage of Alzheimer’s disease, at least six years before symptoms appear. Future drug trial designers must prepare to conduct larger and longer tests than previously,” says Niklas Mattsson, research team leader at Lund University.

“If we can find ways to slow down the development of Alzheimer’s disease, it would bring great benefits to patients, their loved ones and healthcare providers. Eventually, it could also bring down the significant costs to society incurred in public healthcare for dementia patients,” he concludes.