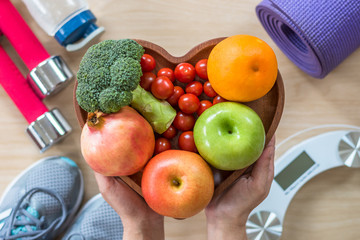 The popular spice turmeric has for centuries been used not just as a flavoring, but also as medicine, with history having shown it to have a number of anti-inflammatory and even anti-cancer benefits. These medicinal benefits come from the compound curcumin, which is commonly sold as an herbal supplement. Several studies have examined curcumin’s anti-cancer properties, but the high doses required and poor understanding of the chemical process through which curcumin acts have limited these efforts.

The team of Professor Jun-ya Kato, at Nara Institute of Science and Technology (NAIST), had previously identified that curcumin acts on the same reactive oxygen species enzymes as its analogue, PGV-1. By suppressing the enzyme activity, reactive oxygen species are allowed to cause stress on cells, ultimately leading to cell death. Indeed, many anti-cancer drugs operate similarly, but sometimes with severe side-effects due to stress on healthy cells.

In the new study, Kato’s team compared the effects of curcumin and PGV-1 on cancer, finding that they shared many of the same properties, but that PGV-1 did so at higher efficiency and lower dose.

“We found that PGV-1 arrests cells in the cell cycle at M phase” and that “it inhibits many ROS-metabolic enzymes,” says Kato.

Intriguingly, PGV-1 was effective on numerous types of cancers. Moreover, when administered to mice injected with human cancer cells, the mice showed no evidence of the cancer and no side-effects. Furthermore, unlike some other anti-cancer drugs, the anti-cancer effects persisted even after the cessation of PGV-1 administration.

“Our results suggest that PGV-1 inhibits the enzyme activity more effectively in cancer cells than in normal cells. This may be the reason why PGV-1 selectively suppresses tumor cell proliferation with few effects on normal cells,” notes Kato.

Scientists have long looked at the potential of curcumin to treat cancer. Kato believes PGV-1 could provide a breakthrough.

“Considering the high drug efficacy and low amount of side effects in animals, we propose that PGV-1 should be pharmaceutically developed as an orally administered drug for cancer,” he says.